The National Biotechnology Development Strategy -2015-2020 was unveiled by the Union Minister for Science & Technology and Earth Sciences, Dr. Harsh Vardhan in New Delhi today. The Strategy aims to establish India as a world-class bio-manufacturing hub. It intends to launch a major mission, backed with significant investments, for the creation of new biotech products, create a strong infrastructure for R&D and commercialization, and empower India’s human resources scientifically and technologically.

Management and Rehabilitation of Coastal Habitats and Biodiversity for Climate Change Adaptation and Sustainable Livelihood in Gulf of Mannar, Tamil Nadu

The total cost of the project will be Rs. 24.74 crore and will cover 23 coastal villages of Tuticorin district. The 4-year project has five broad objectives: conduct baseline vulnerability studies, coral rehabilitation, sea grass rehabilitation, deployment of 6,000 Artificial Reef (AR) modules, and eco-development activities in the project villages. The project will help in developing the much needed “Comprehensive Plan or Scheme for Coral and Sea Grass Restoration”.
It will augment the database on coral ecosystem, species diversity, fish catch/effort, anthropogenic pressure, and migration & survival rate. The project activities will lead to economic empowerment of 15 SHGs per village and benefit about 6,900 women. The project will create a platform for knowledge development through regular meeting amongst departments like fisheries, forest, TNSCCC, GOMBRT, IIT, Chennai, Anna University and facilitate planning of roadmap for future conservation efforts. It is estimated that the cumulative potential for revenue generation per annum is about Rs. 1.84 crore for fisherman community and Rs. 1.03 crore for the Women Self Help Groups (SHGs). The Department of Environment and State Steering Committee of Tamil Nadu will be responsible for facilitating overall project implementation.

The total cost of the project Rs. 33.73 crore envisions integrated farming methods, as climate smart practices to enhance resilience of aquaculture communities to climate change especially sea-level rise that results in severe intrusion of salinity.
The proposed area for the 4-year project is 600 hectares (300 hectares in Kannur District and 300 hectares in Ernakulam, Thrissur and Alappuzha districts) has as its broad objectives - providing the main infrastructure facility of strong outer ‘bunds’ with sufficient height; use of tall varieties of salt tolerant paddy; integrating fishery to enhance paddy cultivation and maximize the inland fish production through sustainable aquaculture. The Agency for Development of Aquaculture (ADAK), Department of Fisheries, Government of Kerala, will be the Executing Entity for the project. The project will help simultaneous cultivation of rice and shrimp / fish in low-lying wetlands where there were no cultivation earlier. It will also improve the quality of life for local farmers through higher disposable incomes. It will improve access to fresh water, as peripheral ‘bunds’ will prevent seepage of sea water to fresh water sources, capacity building of farmers and will reduce displacement of labourers from nearby areas and provide employment to women. It will also check carbon emission, as wetlands have good potential to act as carbon sink. It is estimated that the cumulative potential for total annual revenue is about Rs. 23.25 crore under this project.

The committee approved the projects from Government of Punjab and Government of Tamil Nadu at an estimated cost of Rs. 3.54 crore and Rs. 67 lakh respectively. The meeting was held under the Chairmanship of Shri Ashok Lavasa, Secretary Ministry of Environment, Forest and Climate Change (MoEF&CC).
Government has established the National Adaptation Fund on Climate Change (NAFCC) with a budget provision of Rs.350 crores for the year 2015-16 and 2016-17, with an estimated requirement of Rs.181.5 crores for financial year 2017-18. The objective of the fund is to assist State and Union Territories that are particularly vulnerable to the adverse effects of climate change in meeting the cost of adaptation. The National Bank for Agriculture and Rural Development (NABARD) has been appointed as National Implementing Entity (NIE) responsible for implementation of adaptation projects under the (NAFCC).
Source: Press Release, Press Information Bureau, India
No comments: 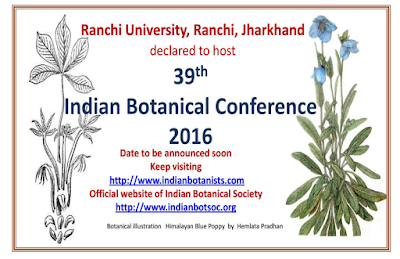