A Report on Conference of State Environment and Forest Ministers

Dhirendra Kumar
News Curator and Moderator
Indian Botanists
A two days conference of State Environment and Forest Ministers was held at Vigyan Bhavan, New Delhi on 6-7th April 2015. Prime Minister, Shri Narendra Modi inaugurated the conference and said, India, which has had a long tradition of living in harmony with nature, should lead the global fight against climate change.
The Conference was attended by 34 State Ministers of Environment and Forest, as well as 340 senior State government officials from Environment and Forest and Urban Development. Principal Secretary to Prime Minister, Shri Nripendra Mishra and Cabinet Secretary, Shri Ajit Seth were among those present on the occasion. 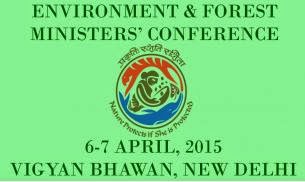 Welcome speech by Shri Prakash Javadekar
In his welcome speech, Minister of State for Environment, Forest and Climate Change, Independent Charge, Shri Prakash Javadekar emphasised the transformation from individual project-based approach to a policy-based decision making process. He also stressed the need for monitoring and compliance, rather than merely prescribing conditions.

Taking cognisance of the hazards posed by construction waste, Shri Javadekar assured that rules for construction waste would be finalised within 15 days. He stated that Standard Terms of Reference for 39 industries, released earlier by the Prime Minister will bring down the time-span of granting approvals from six months to one year earlier, to 30 days now. The Minister reiterated the government’s commitment to the Mission of Clean India and Green India. Shri Javadekar also presented a ‘Giloi’ plant to the Prime Minister on the occasion. Artists from All India Radio presented a “Prakriti Vandana’ as a tribute to the nature, penned by Smt. Madhu Pant, former director of Bal Bhawan. 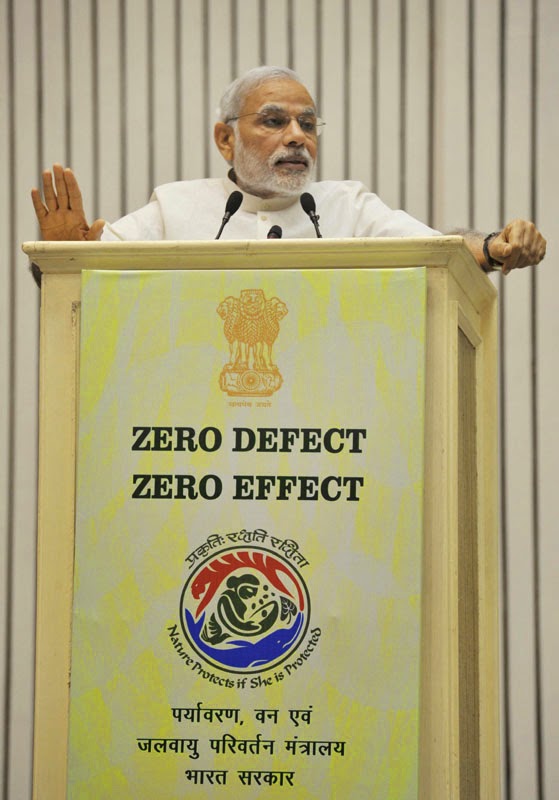 Inaugurating the Conference of State Environment and Forest Ministers in New Delhi today, the Prime Minister expressed disappointment that India's culture of respecting and loving nature has not been sufficiently projected on the global arena, and the country is occasionally perceived to be a barrier in the global fight against climate change. The Prime Minister said the people of India have been the protectors and devotees of nature. He said we need to project this fact properly, so that the world realizes that India cannot be questioned in this regard. He said Indians have always conserved nature, and even today, have among the lowest per-capita carbon emission, globally. He said the way forward is not just restrictions, but changing lifestyles. He said the culture of recycle and re-use is not new for India. Instead of being forced to follow parameters laid down by others, India should lead the world in the fight against climate change, he added.

Shri Narendra Modi said development and environment protection can go hand in hand, but there are serious misconceptions being spread in this regard. Giving the example of the Land Acquisition Bill, he said the provisions of the Bill do not touch tribal and forest land. But serious misconceptions and lies are being spread about this Bill. He urged those spreading such lies, to desist from doing so, and said these attempts to misguide society are harming the nation.

The Prime Minister called upon the world to ease restrictions for India on import of nuclear fuel, so that India could also produce clean nuclear energy in a big way. He said the Government is focusing on clean energy generation in a big way, through solar radiation, wind and biomass.