Conservation and Management of Mangroves and Coral Reefs in India

Ministry of Environment and Forests, Republic of India on Thursday (16th May 2013) through Press Information Bureau, informed that the Government seeks to protect, sustain and augment mangroves and coral reef in the country by both regulatory and promotional measures. Under the regulatory measures, the Coastal Regulation Zone (CRZ) Notification (2011) and the Island Protection Zone (IPZ) Notification 2011 regulates the development activities along the Sea coast and tidal influenced water bodies.
The mangroves and coral reefs areas are categorized as ecological sensitive areas (CRZ-I) where no new constructions are permitted except projects relating to Department of Atomic Energy; pipelines, conveying systems including transmission lines; installation of weather radar for monitoring of cyclones movement and prediction by Indian Meteorological Department and construction of trans harbour sea link and without affecting the tidal flow of water. To enforce and implement the CRZ and IPZ Notifications, the Ministry of Environment and Forests has constituted the National and State/UT level Coastal Zone Management Authorities. 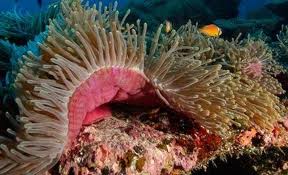 Zoological Survey of India has been undertaking studies on the serious threat to coral colonies only of Palk Bay continuously for more than a decade. Study initiated in 2010-11, monitoring assessments for which were carried out in 2013 confirm that there is reduction in the live coral cover and increase in rubbles, macro-algae and calcareous algae which indicate continuing degradation of these reefs. 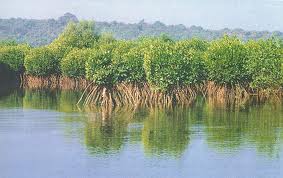 The Ministry of Environment & Forests also provides financial assistance to Coastal States/Union Territories, who so request, under its Centrally Sponsored Scheme for conservation and management of mangroves and coral reef. In addition Coral reef is included in Schedule I of the Wild Life Protection Act, 1972 which affords it the highest degree of protection. Further Protected Areas, viz.4 National Parks, 96 Sanctuaries and 3 Marine Biosphere Reserve have been created all over the country under the provisions of the Wild Life (Protection) Act, 1972 to conserve marine life including coral reef. The Wildlife Crime Control Bureau has also been set up to strengthen the enforcement of law for control of poaching and illegal trade in wildlife and its products.

Email ThisBlogThis!Share to TwitterShare to FacebookShare to Pinterest
Labels: coral reef, Ecology and Environment, mangrooves, Ministry of Environment and Forests.