Dr Ichha Purak
Professor, Ranchi Womens College
Ranchi, Jharkhand, India
Epiphyllum oxypetalum is a very interesting and unique plant. It belongs to Family Cactaceae. It is commonly known as Night blooming Cereus, Queen of the night, Lady of the night as its beautiful Lotus like flower blooms late night. In India it is called as Brahma Kamal ( ब्रह्मकमल ) and is treated as a sacred plant. It is popularly known as Orchid Cactus as the flower has orchid like beauty and plant resembles cactus in habit. It is known by different common names in different parts of the world viz. Jungle cactus, Dutchman's Pipe 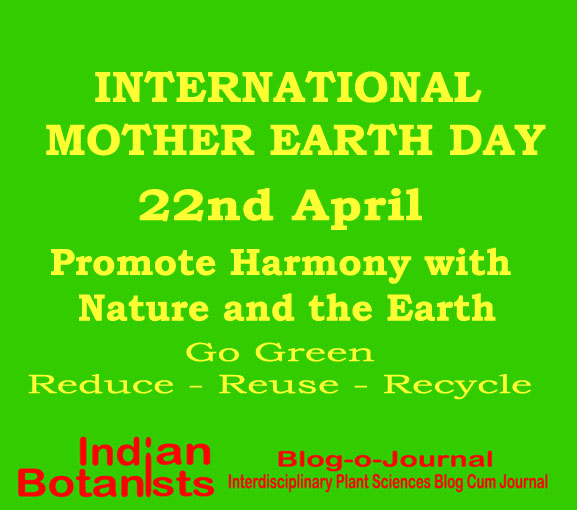 Before actually entering into details, let us take you to secondary school where you might have studied the process of megaspore formation (megasporogenesis). During megasporogenesis megaspore mother cell (MMC) undergoes meiosis to produce four haploid cells called ‘megaspores’. Depending upon the pattern of cell plate and haploid cell formation it can be monosporic, bisporic or tetrasporic. 70% of angiospermic plants are monosporic (also called polygonum type), where out of four uninucleate megaspore, three degenerates resulting to a single functional megaspore (FM). It is well established that the functional megaspore then undergoes further process to form female gametophyte. However, the genetic basis and molecular mechanisms that determine the specification and fate of haploid cells remain unknown.

90% of the Natural Landscape of Western Ghats are Ecologically Sensitive

HIGH LEVEL WORKING GROUP (HLWG) ON WESTERN GHATS headed by Dr. K. Kasturirangan, on Wednesday, April 17th 2013 submitted their report to Ministry of Environment and Forest (MoEF), Government of India. Working Group proposes protecting 90 Per Cent of the Region’s ‘Natural Landscape’ as Ecological Sensitive Area.
The Working Group was constituted to advise the Government on the recommendations of an earlier report – that of the eminent ecologist Madhav Gadgil-led Western Ghats Ecology Expert Panel (WGEEP). The WGEEP had recommended that the entire Western Ghats should be declared as an ecologically sensitive area; had suggested three levels of categorization where regulatory measures for protection would be imposed and had recommended the establishment of the Western Ghats Ecology Authority for management. In August 2012, MoEF constituted the High Level Working Group (HLWG) to examine the large numbers of public responses received to the recommendations of the Gadgil report and to suggest the way ahead.

Yes. It is about names like you all thought of, yet it is not. Not, because I am not talking about the Botanical Nomenclature - the formal, scientific naming of plants; and definitely not about ICN or International Code of Botanical Nomenclature - ICBN.
It is all about the places that are named after seeds, fruits, plants, trees and anything that is botanical.
It is pertinent here to rewind my timeline by a couple of months. After having written the first article on Botany and Cinema (Light Action and Camera with Plant Sciences, published on Indian Botanists Blog-o-Journal on December 6th 2012), I was struggling to find more material for my next article. True, I was busy with Cinema and in promoting my recently formed NGO and trying to find a sustainable revenue model for it. Having worked for the Government for almost three decades, I realised that it is not an easy task adjusting to the open market conditions. Rabish Chandra gently reminded me about my next text with pictures. A kind of panic started in me and I was feeling more helpless, for the topic demanded heavy research and in depth knowledge, a really time consuming process.

Terpenoids are volatile substances which give plants and flowers their fragrance. They occur widely in the leaves and fruits of higher plants, conifers, citrus and eucalyptus. The rate of discovery of new terpenoids has increased over the last ten years largely as a result of the increase in the sophistication of separation and analytical techniques.

Pollination through ants is called Mirmicophilly. Though several studies indicates that ants are ineffictive pollinators. A recent studies by Vega and Herrera have revealed that ant pollination indirectly changes the sugar composition of the floral nectar. This potential relevance can be an interesting topic for future research.

Department of Science and Technology, Govt. of India on Monday (1st April 2013) in a press release through Press Information Bureau has announced that the Government has taken a number of steps to encourage scientists to engage in quality research and development.